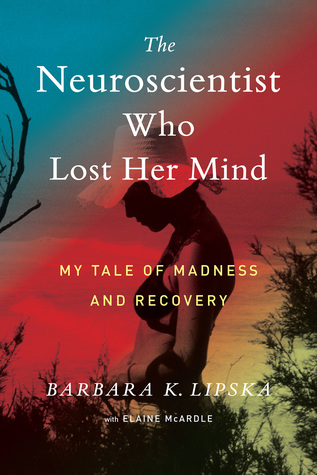 The Neuroscientist Who Lost Her Mind

My Tale of Madness and Recovery

The brain is the most mysterious and complex organ in the human body. We rely on it to see, hear, smell, move, taste, speak, feel, and think. It is an integral part of who we are. For the most part, though, we navigate our daily lives without having to “think” about what our brain is doing at each moment. Unless you are a neuroscientist. Or, like Barbara K. Lipska, a neuroscientist whose brain suddenly broke down and began displaying the classic symptoms of mental illness.

How does it feel to live in a world that suddenly doesn’t make sense? What is it like to hear voices in your head? What does it mean to lose your self?

The Neuroscientist Who Lost Her Mind: My Tale of Madness and Recovery, written by Lipska in collaboration with Elaine McArdle, a senior editor at UU World Magazine, attempts to answer those questions. The book recounts Lipska’s disorienting experience of living with insanity during a tempestuous one-and-a-half-year battle with brain cancer. It is a candid account of her ordeal, an emotional excursion of rediscovering her lost self, and an unforgettable reminder of human resilience. Above all, it conveys a neuroscientist’s unwavering dedication “to better understand the experience and causes of mental illness.”

As the director of the Human Brain Collection Core at the National Institute of Mental Health (NIMH) and a leading neuroscientist in schizophrenia, Lipska has spent more than 30 years studying mental illness and human brain development. She is well-known for identifying the frontal cortex, an area near the front of the brain, as an essential site for the development of schizophrenia. Her work has been cited by hundreds of scientific publications and patented for developing schizophrenia medications and treatments.

Apart from being scientifically productive, Lipska is also a long-term enthusiast of endurance sports. Despite battling breast cancer in 2009 and then melanoma in 2012, she decided to train for an Ironman Triathlon at the age of sixty-four.

It was one Thursday morning at the end of January 2015 when she realized that things were not quite right.

She was eating oatmeal in her office when she reached out to turn on her computer. Her right hand disappeared. She moved her hand toward the left. Her hand reappeared. She immediately knew that her vision might be compromised by a cancerous growth. She vehemently denied that possibility, until an emergency MRI scan revealed three brain tumors, one bleeding, suggesting that her melanoma had recurred and spread to her brain. “I am going to die,” Lipska thought to herself upon hearing the diagnosis.

As she deals with her illness (and the madness it produced), Lipska shares her most intimate thoughts and emotions. “Shit. I’m dead,” she declares, and we feel her fear. “What do I do? I don’t know,” she laments, and we feel her despair. As we get drawn into the roller-coaster ride of her turbulent journey, we cheer for her remarkable recovery in one chapter, and then gasp in the next, when doctors discover eighteen new tumors in her brain.

What I found most heartbreaking were passages about Lipska’s inability to realize that she was trapped in her mind’s distorted reality. “Just like someone with schizophrenia, I don’t think that there’s something seriously wrong with me,” she writes. She recounts stories such as throwing a tantrum on the Amtrak, barking at the pest control guy, losing her temper with her family, and going jogging with purple-red hair dye trickling down her face. In retrospect, these episodes raised red flags about her mental health, but somehow escaped detection. We eventually learn that her erratic behaviors were the result of swelling and new tumors in her frontal and parietal lobes, two regions often affected in schizophrenia patients.

The Neuroscientist Who Lost Her Mind is most captivating when Lipska recounts, often with intense anger, the rapid-fire internal dialogue she had with herself as her mental world began to collapse into psychosis. “What’s wrong with all of them?”  she growls. “Everything that everyone does is so irritating. More than irritating – infuriating!” During her worst psychotic episodes, she was convinced that her family was scheming against her behind her back. “I can tell they’re hiding things from me,” she suspects. “But what? What are they hiding?” Even people at the pizza shop were culprits. “Why would they have made a pizza filled with plastic? Poison. They are poisoning us!” These stark delusions are as unsettling to Lipska as to us readers. We get swept up in her paranoia while also feeling astounded at how deranged she has become.

Lipska writes in a sharp, often blunt prose that reflects her strong personality. She recalls her first time touching a human brain with visceral details that might induce discomfort in queasy readers. “Heavy, cold, and wet, it drips with blood just like any other piece of meat…. If the brain initially resembled an ordinary piece of meat, it now (sliced) looks like a stack of cold cuts in a grocery store’s deli case.” She describes her own tumor removal surgery with a scientist’s detachment, as if she were a medical resident shadowing her surgeon: “he folds the skin of my scalp and rolls it along the five-inch incision so that it looks like a fat earthworm glued to the back of my head.” These vivid descriptions make clear that, despite the trappings of insanity, the cool-headed neuroscientist never entirely disappeared.

Throughout the book, Lipska leverages her expertise about the anatomy and function of the brain to communicate science in simple and accessible terms. She interdigitates her narratives on her decline into insanity with scientific and medical facts on each of the brain regions associated with the aberrant behavior. She identifies parallels between her symptoms and those seen in patients with neurological illnesses, such as schizophrenia and Alzheimer’s, helping us to imagine what it might be like to live in such a bewildering world.

The Neuroscientist Who Lost Her Mind joins a worthy genre of medical storytelling that illustrates just how much of our understanding of brain function has come from studying mental dysfunction. Our progress as a society has been documented in literature and film, from books likeVirginia Woolf’s Mrs. Dalloway and Oliver Sacks’ The Man Who Mistook His Wife for a Hat to movies like One Flew Over the Cuckoo’s Nest and The Silver Linings Playbook. Lipska’s book weaves together stories of the experience of psychosis from her own perspective as a patient and a neuroscientist, and of those around her — family, co-workers, and health care providers. Mental illness is often perceived as a human weakness rather than a disease. Lipska’s memoir combats this notion and destigmatizes psychological disorders.

As a neuroscience student myself, I wish the book had delved deeper into the concept of self from a more scientific perspective. What is the self? What is its neuronal basis? How do mental illnesses deprive one of one’s self or distort one’s perception of it? The book offers a comprehensive overview of the brain, but stops short of addressing these more complex questions.

Nevertheless, The Neuroscientist Who Lost Her Mind’s greatest contribution may be its bittersweet documentation of Lipska’s brave evolution as a scientist, a patient, and a survivor. Lipska survived her bout of insanity after one and a half years of immunotherapy and radiation, combined with targeted therapy. Her brain is tumor-free for now, but her illness has left her with a blind left eye. She remains a prolific scientist, a passionate athlete, and also an undefeated survivor with incredible stories to tell. As she learns to adjust to her post-cancer life, she’s becoming more “aware of living” than ever. But she also appreciates, in a way she never did before, that “ordinary piece of meat” she has studied for 30 years. “Everything we dream, think, feel, and do – everything that makes us who we are – comes from the brain,” she acknowledges. “We are our brains.”