An Antidote To Misinformation From 1920’s New York 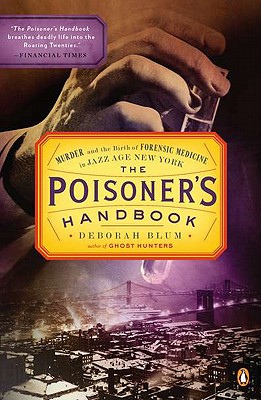 As the sweltering summer heat beat down on the mostly vacant streets of 1920s New York City, people were dying. Hospital beds were full, and people were afraid. The one solution – science – was being shunned by government officials. It was easier to support the status quo than to make a permanent place for science in decision-making.

Does this situation sound familiar? It should. In the current pandemic, we deal with malfeasance on a daily basis. We are faced with endless news cycles quoting scientists saying one thing and government officials saying something different. Disregard for science has been undermining our ability to manage COVID-19. It’s also the reason we are facing an unbearably warm planet, and irreversible biodiversity loss with more and more species dying out all over the globe. Like many other scientists, I feel a responsibility to communicate my science to a broad audience. But what if society and the government won’t listen?

This is not the first time scientists have been relegated to a back-row seat. With all these science mishaps in the news, I found myself drawing mental lines back to Deborah Blum’s 2010 best-seller The Poisoner’s Handbook, in which the reader encounters a society plagued by a mysterious family of killers: poisons. From arsenic to thallium, methanol to chloroform, Blum elegantly describes a multitude of killer concoctions. The point of her story, however, is not so much about how to kill people, but how to save them. The answer? Listen to science!

Blum’s intoxicating prose is woven into a timeless story of Jazz Age New York City haunted not just by mysterious poisons, but also disregard for truth. In this society, much like our own, political like-mindedness or family connections are the only requirements for appointed positions. The crusaders in Blum’s recounting? Noble forensic scientists Charles Norris, New York City’s first medically competent medical examiner and his sidekick, academic chemist-turned-toxicologist Alexander Gettler. When science’s role in society was sidelined by incompetence and corruption, Gettler and Norris combatted this lack of support with meticulous pathologies and a clear demonstration of how their efforts would help the public.

In the world Blum recreates, science has taken a backseat to corruption at the hands of Tammany Hall, the famous political machine that ran New York City. When Norris and Gettler enter office, they find a world unsure of how science is performed, and whether to trust it. Through meticulous and painstaking scientific work, Norris and Gettler pioneer toxicological methods and demonstrate the origins of mysterious deaths in New York City, opening the world’s eyes to why science is important and giving the medical examiner’s office a permanent place in police work.

As a professor of science journalism, Blum is familiar with the importance of communicating science to the public, as well as the challenges that come with this goal. Bleach-filled injections as a solution to COVID-19 or false trajectories on hurricane maps might seem like scenes straight out of the early 20th century, but we find ourselves in a time where Blum’s message on fact-based decision-making is particularly relevant.

Blum occasionally dives too deeply into the chemistry of poisons for non-scientists, but she skillfully sways between an informative, historical portrayal of toxicology and a critique of 1920s unscientific governance, which rings true today. In a manner that evokes images of how the Trump administration chose officials, many coroners prior to Norris had little to no scientific or medical training. This group included two plumbers, a painter, and a milkman. Reformers to the coroner system, who wanted science-educated professionals to occupy science posts, were derided as “intellectual elitists.”

A crucial element of the scientific process – something that is commonly misunderstood by the general public – is revealed in the work of Alexander Gettler. He would meticulously examine past case files, considering all possible manifestations of a poison. Gettler would even purchase raw liver, allow various poisons to permeate into the cells, and then perfect his ability to identify if the poisons lurked within the tissue.

Being meticulous, Norris and Gettler thought, was how to make the public trust science. Whenever Gettler or Norris would testify in court, if their science seemed to journey outside the realm of fact, and into that of speculation, their credibility was immediately called into question. Gettler believed that if he could demonstrate the validity of his statements through careful experimentation, then his results would be irrefutable, and the public would have to believe him.

But did it? Although experimental complexity and detail ultimately assuaged doubts among the scientifically minded and improved how the legal system viewed forensic medicine, convincing the public proved a more difficult task.

This is an issue faced by scientists today, especially those who study climate science. On important issues, the public needs simplicity and clarity. Misinformation pervaded Jazz Age New York City passively – the public didn’t know what they didn’t know, and incompetent leaders sought power more than knowledge. Today, false news reports, corporate influences, and a blatant disregard for truth obfuscate crucial scientific facts. If scientists want their data to transcend these obstacles, they must make science clear and relatable. Based on their experiences in courts and with public officials, Gettler and Norris realized that being painstaking in one’s experimentation is not necessarily sufficient to convince society. There is also a need to instill public trust in scientists and scientific methodology.

Norris and Gettler broke free from academic barriers and made clear that communication and a trust in science are necessary for fact-based decision making. By the end of their tenure, Norris and Gettler observed a positive shift in the public’s view on forensic science. During court trials, jurors’ views on toxicology shifted from skepticism to accepting Gettler’s testimony at face value. At a time when science had no place in society, they showed why science was relevant and why facts were important in decision making. In our time, plagued not only with climate change and global pandemics, but with an irreverence for facts, society should read Blum’s book as a cautionary tale, or face the death of information.

Karl Palmquist is a graduate fellow at the Rockefeller University where he researches how birds form their feathers. He enjoys studying chaos theory, communicating science to the public, and environmental advocacy.