Can Learning A Language Make You A Better Person? 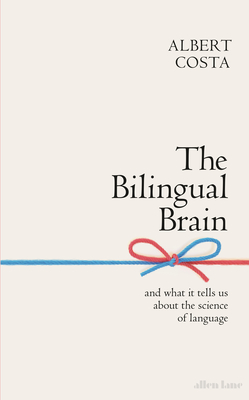 And What It Tell Us About The Science Of Language

The Babel fish is probably the oddest thing in the universe. This small yellow fish, dreamt up by Douglas Adams in The Hitchhiker’s Guide to the Galaxy, absorbs the mental brainwaves of those around it. Nourished only by unconscious thought, it excretes the conscious counterparts as waste in a form that the speech centers of the human brain can pick up. As a result, sticking a Babel fish in your ear endows you with the ability to instantly comprehend any spoken language in the universe.

“Bilingual speakers are not Babel fish,” Albert Costa writes in his charming yet edifying book The Bilingual Brain: And What It Tells Us about the Science of Language, “but they do have something in common.” The only way the fish can translate between all languages is by having all of them stored in its little brain. “And while bilinguals only speak two languages… the question is the same: how do two languages co-exist in one brain?”

Costa, who spent decades as a research professor specializing in the cognitive and neural circuitry of language, writes about how humans – from babies to the elderly – acquire and differentiate languages, how linguistic knowledge is stored in our brains, and how brain damage can alter speech and comprehension. But as the brain learns language, the languages learned teach the brain in return. He writes about how the languages we know influence much of our daily endeavors, from our attention spans and decision-making strategies to our social biases and emotions.

He explains, for instance, how the complex practice of language juggling in bilinguals trains the brain to perform better at complex undertakings outside linguistics such as conflict resolution and multi-tasking. Yet the balls they juggle do not carry equal weight; using their mother tongue makes the bilingual more emotional, more impulsive, and less rational.

The science of language is primarily depicted through what Costa calls “simple but elegant” psychology experiments, some of which he conducted in his own laboratory and some you can even conduct on your own. He describes them in precise detail; his no-stone-unturned approach ensures that the reader grasps the rationale and significance of these experiments. At times, these details become textbookish and painstaking. Outside of this, however, Costa maintains a tone throughout that is friendly yet sharp, fatherly yet candid. He ferries us around the world of language with personal anecdotes and endearing dad jokes, but doesn’t shy away from using swear words or simply ridiculing institutions like the Oscars.

What came as a pleasant surprise is how relevant parts of the book are to today’s wild world. Two chapters are dedicated to how acquiring a second language – a bandwagon that many decided to hop onto during the quarantine – boosts the brain in many unexpected ways, like improving our ability to “put ourselves in someone else’s shoes” and decelerating aging-induced dementia.

He also examines the grimmer issue of discrimination through the lens of language. “We cannot avoid dividing up our social contexts according to the various characteristics of others around us in relation to our own,” Costa writes. “For better or worse, worse especially if this leads to the marginalization of those who are unlike us, humans behave this way,” he adds. He then describes a clever experiment in which children whose mother tongue is English were asked to choose who they wanted to be friends with. Would they pick those with the same skin color as them but spoke with a foreign accent, or native English speakers of a different skin color? They chose the latter. “In other words,” Costa writes, “if you have an accent, you do not belong to my group.”

His brand of advocacy, with science at the forefront, is refreshing; by teaching instead of preaching, he sheds light on important issues like scientific integrity, research funding, immigration and racial discrimination. All the while, he stands behind his core message—“Those who know nothing of foreign languages know nothing of their own”—to frankly encourage second- (or third- or more for the polyglots) language learning to his readers. That quote, which comes from the novelist Goethe, was craftily introduced in its original German form disguised as a simple example of a foreign phrase.

Like Costa, I grew up in a bilingual home and learned more languages later in life; many parts of the book resonated with me. When I started learning Portuguese, I was surprised how quickly I managed to learn the basics, despite it being very distinct from my first two languages. Costa illustrates why with an analogy: I had to “learn to juggle with three balls, already knowing how to do so with two.” I also realized that even among bilinguals, the dynamics of language usage can differ greatly. Costa relays a story of how his Spanish-Catalan household uses both languages by choosing which one to use depending on which pairs of family members are speaking to each other. Meanwhile, in my English-Filipino home, we all use both languages simultaneously, often mixed within the same sentence. Both the congruencies and the contrasts to my own real-life experiences made the book especially interesting, and should make it interesting for other multilingual readers.

“Don’t tell me that the Babel fish isn’t an interesting species” Costa writes in jest. “How many problems could we solve if this creature really existed. At the very least, we wouldn’t have to worry about struggling through second language learning. We would just go to a fish store – problem solved.” Except the Babel fish isn’t purely fictional anymore; translation apps are rapidly advancing towards becoming modern-day Babel fish.

Whether by technology or by fictional fish, the question is the same: how will crudely melding all languages change the world? Translation lets us understand the words of a foreign speaker; language learning lets us understand the speaker himself. In our increasingly interconnected world, favoring rudimentary interpretation over an empathic one could prove dangerous. As Oolon Colluphid, the fictional writer in the Adams novel, reminds us, “… the poor Babel fish, by effectively removing all barriers to communication between different races and cultures, has caused more and bloodier wars than anything else in the history of creation.”

Would you rather learn a language or buy a Babel fish? I know my answer.

Kevin Gonzales is a stem cell biologist at the Rockefeller University. He speaks English, Filipino and intermediate Portuguese.