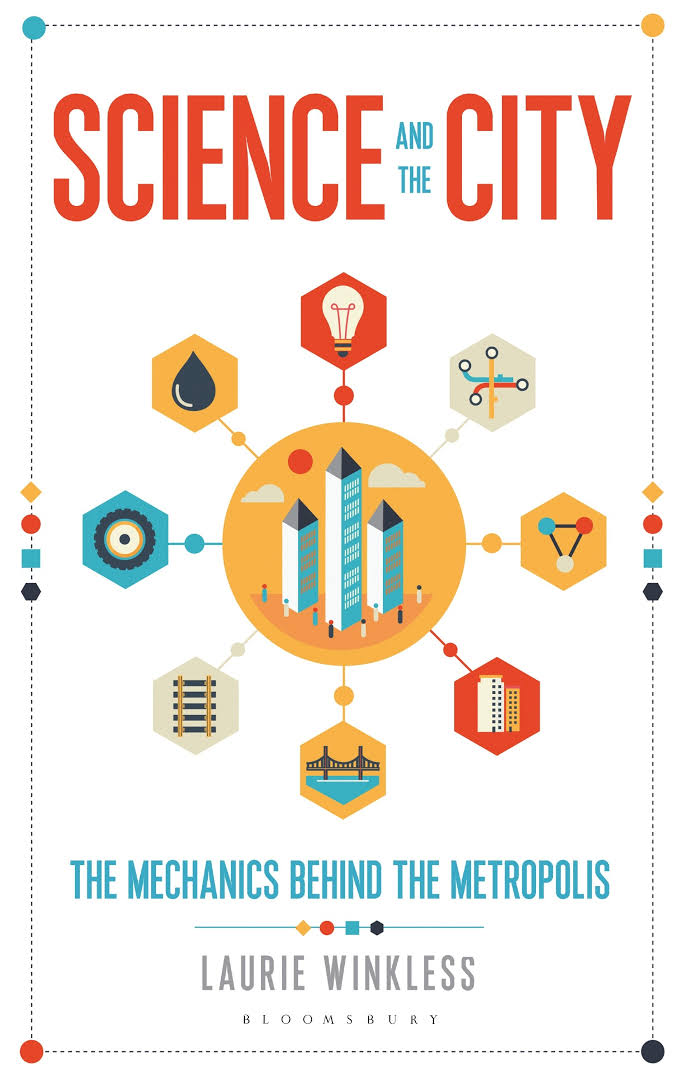 Science and the City

The Mechanics Behind the Metropolis

Did skyscrapers exist before elevators? How do we burrow and build subway tunnels without the whole city collapsing? Is tap water the same as toilet bowl water? Does pushing the pedestrian walk-button at a crossing do anything?

These are more than pub-night trivia questions for the majority of people living on the planet: for the first time in human history, the UN announced in 2014, more than half of the world’s population lives in urban areas. That’s approximately 3.75 billion people rubbing shoulders on bustling city streets, relying on large-scale systems and infrastructure to get them from their morning commute to their late-night emails. Talk about a traffic jam!

In her self-described “scientific love-letter” to cities, Laurie Winkless expertly illuminates the global obstacles our cities face while celebrating the everyday miracles that make cities feats of human ingenuity. Her new book, Science and the City: The Mechanics Behind the Metropolis, is for everyone who has ever wondered how traffic lights work, why birds can perch safely on power lines, or where we get our drinking water from.

Drawing on her background as a physicist (with prestigious placements at NASA’s Kennedy Space Center and the UK’s elite National Physical Laboratory) and with an obvious passion for materials science, Winkless unveils the science and engineering behind many of the structures and systems we take for granted.

Take electricity, for example. The overhead power lines alongside our roads carry extremely high voltage – perhaps 2,000 times higher than what we need when we plug in our bedside lamp. “So, what changes along the way?” Winkless asks. Never short of these rhetorical questions, she whisks us into a user-friendly introduction of how electromagnetic induction can regulate voltage, ensuring that our lamps don’t burst into flames when we flip the switch.

While Winkless relishes the opportunity to indulge her fellow science nerds (see any of her footnotes), she grounds her edification in an astonishing array of helpful analogies and real-world factoids, always aiming to make a larger point. “It takes around 600 gallons of water to make a single cotton shirt,” she writes, “which would be enough water to quench a person’s thirst every day for two and a half years.”

Like any chatty and knowledgeable tour guide, Winkless marches us down city streets, pointing out the many non-obvious features of today’s metropolis. Who knew that reinforced concrete, “called ‘rebar’ by those in the know” and “a favourite of skyscraper-buildings the world over,” can get stronger with the passage of time.

Each chapter unpacks an aspect of a city’s infrastructure – from skyscrapers to electricity and water, to roads, bridges, cars and subway tunnels. Her excitement for these topics is contagious. What might seem mundane to many – hearing about the chemical makeup of steel cables on a bridge – becomes fascinating in her narrative hands. When you “stretch steel into fibers,” she notes, “its crystals line up, and the bonds between them get stronger…each of the main cables of the Millau Bridge [France] could hold back 25 jumbo jets with their engines at full throttle.”

In the opening chapter, she invites the reader to construct a hypothetical skyscraper with her, though the decisions aren’t always up to you. “Given the one-way nature of our conversation, I’ll have to assume you’re happy with a 90-storey structure” she quips. Her witty and sometimes dorky humor – you’ll have to excuse her slight overuse of eye-rollingly bad puns on occasion – is a barometer of her mood and opinion on the subject.

Winkless is playful and flirtatious – with all things science, of course. Her crush on graphene is explicit, “…it’s just that I think it is a little bit sexy (there, I’ve said it)” as are her feelings toward the “ridiculously cool engineer called Nikola Tesla (honestly, if I could draw a big engineering heart around his name, I would).” Perhaps cheesy or overly-nerdy to some, but as a social science Ph.D. student, I found her lighthearted humor entertaining.

And if there’s a footnote (there always is), prepare for her scientific qualification: “Thanks to [fibre-optic cables], our homes and businesses can get online in the blink of an eye.” [Footnote: “It takes about 0.4 seconds to blink. In that time, light could travel 80,000km (50,000 miles) along a fibre-optic cable.”]

Don’t be surprised if, after reading this book, you find yourself reciting interesting facts to friends: “The current fastest elevator in the world…rockets skyward at 45mph…15mph faster than New York City’s driving speed limit…”  and “in a traditional car engine, almost two-thirds of the chemical energy in diesel or petrol is completely lost, mostly in the form of heat energy.”  (Meaning only a third of what you put into your fuel tank is ultimately used to make your car move.) Perhaps her most staggering observation, credited to the physicist Michio Kaku, is that the average cell phone today “has more computer power than all of NASA back in 1969, when it placed two astronauts on the moon.”

Winkless has lived in London for just over a decade, and it’s clear that she has embraced all aspects of urban life, which is reflected in how comfortable she feels writing about cities. When she proclaims London to be the greatest city in the world (adding that “her love is of an unshakeable kind”), we suspect her heart may bleed for the beauty of any metropolis.

Jam-packed with facts and numbers about how we produce, process, and employ the things that make our cities tick, she turns from explanation to prediction, as she envisions how things might change in the future.

Flashy as this future may seem, Winkless is quick to emphasize that many of these new materials and technologies are being developed to solve pressing global issues. Growing urban populations, shifting work-life norms, and egregious inefficiencies in our production and consumption of food, water, and energy – not to mention our disposal of waste – are just a few of these challenges. The most urgent threat of all: climate change.

An endearing scientific docent, Winkless builds an appreciation for these larger cultural issues through a deep understanding of how urban processes and systems work. There’s something special about cities: a tension as its historic roots pull back against the impatient growth of new culture and technology; a fury of people and ideas influencing the rest of the world; the feeling of being surrounded in isolation. Though Winkless sticks to a predominantly scientific script, her book endows readers with a newfound understanding of how cities work, and we are compelled to revel, wide-eyed with city-wonder.

Diego Reinero takes people-watching very seriously as a PhD student in social psychology at NYU, and attempts to understand how people ‘click’ with others and what makes their brainwaves ‘sync up’.