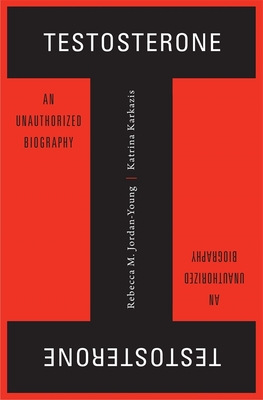 Is there a single biological marker that can distinguish a person’s binary sex? This question has occupied scientists, laymen, and policymakers for centuries. The answer, for many, lies with testosterone. Despite a mountain of conflicting evidence, testosterone is a common explanation for sex differences in everything from parenting behavior to performance in Olympic track and field events. In fact, the misconception that higher testosterone equates with better athletic performance has been codified and weaponized. In April 2018, the International Association of Athletics Federation (IAAF) issued regulations stating that female athletes must maintain a testosterone level below 5 nmol/L— well below the minimal normal male level of 10 nmol/L — to compete in elite middle-distance track and field competitions. To those who look deeper into the science behind the claims about testosterone in athletic performance, the regulations perpetuate a system of an unnecessary stigmatization and possible chemical castration of intersex athletes.

In today’s fragmented and contentious world, no matter who you are, it is unlikely you can read about controversies like the IAAF’s testosterone rules and fail to be outraged. At the whiff of perceived injustice, many rush to their laptops, fingers poised to chisel a quick, cutting comment on the offending article. But few commit to crafting a well-researched book taking down their opponents’ arguments point by point. Luckily for us, Rebecca M. Jordan-Young and Katrina Karkazis were prepared to do just that in response to the 2018 IAAF testosterone regulations and the shaky science behind the policy.

Testosterone: An Unauthorized Biography debunks common myths about the functions and foibles of testosterone, hereafter referred to as T. The authors delve into the scientific and interpretive errors commonly made between the crafting of the scientific hypothesis and the pop-sci headline. After trudging through tales of cherry-picked data and flat-out social Darwinism, we are left reeling with more questions than answers about T, which is exactly where the authors want us. “In short,” they write, “we are upsetting people’s relationships with T.”

This book certainly upset my relationship with it. In the chapter on power, the authors train us to see the flaws in the underlying science by deconstructing the popular “power posing” study published by Amy Cuddy and colleagues at Harvard Business School. The 2010 study assigned male and female business students to a brief period of either “high-power” or “low-power” posing. The high-power poses were sitting back in a chair with feet on a desk, and standing while leaning on a desk; the low-power poses were sitting in a chair with hands folded on the lap, and standing with arms and legs crossed. Cuddy and colleagues then measured changes in saliva cortisol (a widely-used marker for stress) and testosterone (a proxy for power). They then measured the willingness of participants to gamble $2 provided in the course of the study, along with their subjective feeling of power. The researchers concluded that high-power posing led to increased testosterone (the “power” hormone) and decreased cortisol (the “stress” hormone); they also found that high-power posing was associated with a greater likelihood of risk-taking (gambling), and more subjective feelings of power. However, after critics questioned many of the Harvard team’s data analytic methods, Cuddy et al. pulled back their conclusions to say that power posing only increases subjective feelings of power. Unfortunately, by the time the peer review process had done its job of picking apart the flawed study, the power posing message had already been swept up in the great tide of TED talk fame, bolstering T’s unearned reputation as the power hormone.

I first learned of power posing from an episode of Grey’s Anatomy, in which Dr. Amy Shepherd adopts a Wonder Woman pose to gear up for a challenging surgery, and then prevails in her herculean effort. Herein lies the trouble with T’s authorized biography: the conclusions of T studies often seem science-y, and the way in which they infiltrate popular culture lends them a truthiness that prevails long after the original study’s methodology has been debunked. Especially if you can associate those conclusions with visuals from your favorite guilty-pleasure TV show.

After being unsettled by my own misconceptions about power posing, I settled into the activist thrust of the book: why the IAAF testosterone regulations are scientifically unfounded, medically dangerous, and possibly discriminatory. The authors are extremely qualified to explore this issue. Rebecca M. Jordan-Young is an interdisciplinary feminist scientist and the chair of the Department of Women’s, Gender and Sexuality Studies at Barnard College. Katrina Karkazis is a cultural anthropologist at the Honors Academy at Brooklyn College; she also aided two athletes in their appeal and hearing, respectively, at the Court of Arbitration for Sport when they challenged the IAAF testosterone rules.

The detection of doping is a moving target in elite sports. Athletes consume everything from oxygen-carrying agents for better cardiac performance to exogenous steroids for higher muscle mass. The development of performance-enhancing substances can outpace detection technology. Still, the IAAF crossed a dangerous line in 2011, when it first attempted to regulate the intrinsic testosterone levels of female athletes. Since the first round of regulations were implemented, there have been many rounds of appeal by affected athletes and scientific experts, which did not cease with the latest 2018 regulations. Affected athletes are largely intersex competitors. (Intersex people are those with variations in any sex-determining characteristic, such as sex chromosomes, gonads, sex hormones, or genitalia; many intersex women targeted by the testosterone regulations, for instance, were born with both testes and external female genitalia.) And most come from developing nations. Dutee Chand, for instance, is the Indian national champion in the 100-meter race, an event that has been left out of the newest version of the testosterone regulations. Caster Semenya is a South African Olympic gold-medalist in the 800-meter race who has been fighting the testosterone rules for years.

People from developing nations are more likely to be intersex because intersex variations are less aggressively “corrected” in poorer areas of the world. While early “correction” of intersex traits is common in developed nations, this practice remains controversial. Decisions about an intersex person’s body are typically made when they are young children, before they can consent and before they are able to elaborate their own sexual identity — all for the sake of making sure their bodies conform to the sexual binary. In Testosterone, the authors state that many policymakers believe that the higher rate of intersex variations in developing countries is caused by a medical “[lack of] competence,” revealing the prevalent bias against the developing world and the stellar athletes that hail from it.

Regarding the testosterone regulations, the official IAAF website suggests that “affected” female athletes can lower their testosterone levels by taking a daily oral contraceptive pill (OCP), taking a monthly injection of a drug that blocks the production of sex hormones (a gonadotropin releasing hormone, or GnrH, agonist), or having their testes surgically removed. Let’s consider each of these possibilities. Although the daily OCP and similar hormonal birth control methods are widely used, even the elective use of these medicines should be further scrutinized. Before starting a hormonal birth control method, women are rarely counseled on the gamut of common side effects, which include loss of libido, depression, weight fluctuations, and even life-threatening blood clots. A long-acting GnrH agonist is not much better; it works by suppressing the body’s production of estrogen as well as testosterone, effectively triggering menopause and all the associated symptoms such as insomnia, loss of libido, and bone thinning. The horror of unnecessary and unwanted surgery, I think, speaks for itself.

The IAAF website also claims that the current scientific evidence shows that track events over 400 meters are where athletes with higher amounts of testosterone would benefit most, substantiating this claim by elaborating that the high T levels would give competitors extra strength through increased muscle mass, and more oxygen transfer and uptake from increased amount of hemoglobin. In Testosterone and in a recent Guardian article, Jordan-Young and Karkazis point out that competitors in these middle-distance events actually derive less benefit from increased T than two other track and field events, the hammer throw and the pole vault. What these middle-distance events do have in common, they also point out, is their domination by participants from the developing world. This discrimination, as well as the tenuous nature of the claim that T improves athletic performance in any generalizable fashion, is what athletes and scholars aimed to prove to the Court of Arbitration for Sport in May of 2019 in their appeal of the T regulations. Unfortunately, the CAS denied the appeal. Athletes are still fighting back, however: Caster Semenya has filed an appeal to the Federal Supreme Court of Switzerland.

This instance of internationally-sanctioned discrimination is particularly painful to me, a physician-scientist in training. Not only has the IAAF selectively chosen studies with results that support xenophobic goals. In so doing they are telling elite athletes: you can keep pursuing your dreams in world-class track and field events only if you are willing to undergo medically unnecessary interventions with deleterious short and long-term side effects.

Testosterone: An Unauthorized Biography leaves the reader uneasy about their own assumptions about T, and possibly feeling more than uneasy about the concrete implications of these assumptions for many elite track and field athletes. But this squirming is not the fault of Karkazis and Jordan-Young. If you’re wondering whether to embark on this journey of rage and discomfort, I’ll end with a quote from another badass feminist, Gloria Steinem: “The truth will set you free, but first it will piss you off.”

Mary Rossillo is an M.D./Ph.D. student at the NYU Robert I. Grossman School of Medicine. She is studying Developmental Genetics for her Ph.D. thesis, with a clinical interest in Obstetrics and Gynecology.