When Fiction Helps Us See 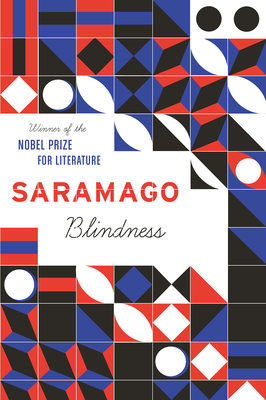 When choosing a novel to read during an enforced lockdown, I found myself craving something light and heart-warming. Blindness by José Saramago –winner of the 1998 Nobel Prize for Literature– is not that book.

It’s not that the text isn’t beautifully written nor that the storyline isn’t captivating. I hesitate to recommend Blindness because we don’t need to imagine Saramago’s fictional epidemic-induced fear. We are living it. I am immersed in apocalyptic prose when I read the daily news. For two weeks this spring, these reports of death and despair were broken only by Saramago’s fictional pandemic. The experience was eye-opening.

Blindness describes a world in which citizens of an unnamed city are suddenly and without warning unable to see. As the white fog overpowers its victims, the lack of familiar sentence structure overwhelms the reader. Saramago’s distinctive blurring of grammatical boundaries takes some getting used to: words are spoken by unidentified speakers, sentences go on for paragraphs, paragraphs go on for pages. Finally, it clicks: this enigmatic, anonymous style is the author’s way of disorienting the reader as thoroughly as the characters he blinds. Still, through these clouded (and yet strangely all-seeing) eyes we begin to understand the complexity of human nature, and the fragility of society.

The contagion begins with a man sitting in his idling car at an intersection, waiting for the light to change. Saramago never identifies this man (or any other character) because his name is unimportant. He could be any of us. The light turns green, and yet he does not move. Patient Zero has been abruptly blinded by an unseen force. The man is eventually driven home by a faux Samaritan, who steals his car before succumbing to the karmic blindness himself. So does the taxi driver who takes Patient Zero to the hospital, the other patients at the clinic, the ophthalmologist who examines them all. Soon, blindness is spreading unchecked through the city. In a belated attempt to contain the disease, the government forcibly quarantines the infected in an unused mental hospital. It is here that Saramago begins to dissect, in almost clinical fashion, what it is to be human in a post-apocalyptic world.

We follow the progressive degradation of society through the eyes of the ophthalmologist’s wife, who quickly becomes the only uninfected citizen in the city. We watch with her as self-preservation overtakes common decency, and the order associated with a modern society is overwhelmed by chaos. Initial attempts to retain some semblance of calm within the infirmary are rapidly quashed by new arrivals who hoard food, steal valuables and rape the female victims. A fire breaks out during the fight for sustenance. The situation outside the hospital walls is not much better. “We’re going back to being primitive hordes,” thinks a member of the blinded band of survivors as they escape the burning asylum into an equally devastated city, “with the difference that we are not a few thousand men and women in an immense, unspoiled nature, but thousands of millions in an uprooted, exhausted world.”

I gave myself permission to put down the book for a moment. The run-on sentences felt exhausting, never mind the gloomy content.

But there was another reason for my tiredness. My head ached, my temperature rose, and I began to cough. In the process of reading about Saramago’s pandemic, I managed to get intimately entangled in one myself. I was one of the infected: I had COVID-19.

People are as afraid of coronavirus as they were of the white blindness in Saramago’s book. We understand so little about the origin, the transmission and the lasting effects of this disease. Lying in a feverish mess of viral particles and anxiety, I can attest that this distress is justified.

I didn’t just fear for myself, but for the effect this pandemic has already had on society.

What seemed consigned to Saramago’s imagination in January became reality: people hoarded essential supplies and fought over toilet paper while the government denied the seriousness of the situation in an attempt to quell the panic. Perhaps worst of all was the vilification of so-called “super-spreaders,” who (just as in Blindness) infected many before they even knew they were sick.

As soon as I was diagnosed, I fulfilled my civic duty and informed those I’d recently seen (even from a six-foot distance). You could almost sense them counting back the days from exposure, their breath deepening to assess the resistance of their lungs. Only after this pause did the majority ask how I was doing. Apparently when fear gets involved, our normal compassionate response is suppressed, and logical thought goes out the door. “When we are in great distress and plagued by pain and anguish,” writes Saramago, “that is when the animal side of our nature becomes most apparent.”

We should be mindful of the lessons laid out in Blindness during our own pandemic. The importance of acting in a compassionate, humane manner during a health crisis is paramount to this novel, and to our COVID-19 response. Time and time again, Saramago punishes those who give in to their baser instincts. Every character who takes advantage of other’s suffering is struck down, from the blinding of the car thief to the death-by-fire of the food-hoarding criminals in the hospital. In fact, the only characters permitted to retain their humanity are those who trust in their savior, who in this novel is no God-like figure but the doctor’s wife, a normal woman. Saramago venerates women during his pandemic: it is the female characters who rise to the challenge time and time again, showing great acts of kindness and courage that support the survival of the group. In our pandemic, many of the countries that are successfully navigating the COVID-19 pandemic are also led by women (I’m looking at you, Tsai Ing-Wen and Jacinda Ardern). It seems perhaps compassion trumps delusion after all.

The plague in Blindness ends as abruptly as it began: the whiteness simply lifts from the eyes of the survivors in an anticlimactic finale. Saramago does not offer the comforting closure that we all crave. Just as the characters in the novel were left staring at a blank white sky with their freshly unveiled eyes, we too are left hanging on the endless possibility of a new day. Although the briefness of the conclusion does not permit much in the way of eloquent musings, Saramago does provide a message of hope. After all, white does not have to represent a flag of surrender. It could be a blank page just waiting for something new: a rebirth.

In New York, spring has melted into summer. From our tattered social lives and the wrecked economy something good is rising. My friends threw aside their natural instinct for self-preservation to offer to help in any way they can. Some shifted from their normal medical specializations to the COVID wards, treating the infected with the kindness and compassion which was missing in Saramago’s world. A couple pulled out dusty sewing machines and made hundreds of masks to distribute among the needy. An entire city of anonymous citizens literally shouted support from the rooftops: one voice quickly becomes a chorus. There are signs our fog is beginning to lift, and the view isn’t all bad.

Megan Elder is a neuroscientist researching the molecular mechanisms underlying Alzheimer’s disease at the NYU Center for Neural Science. She has recently recovered from COVID-19 and has a newfound respect for Tylenol™.